Olduvaiblog: Musings on the coming collapse 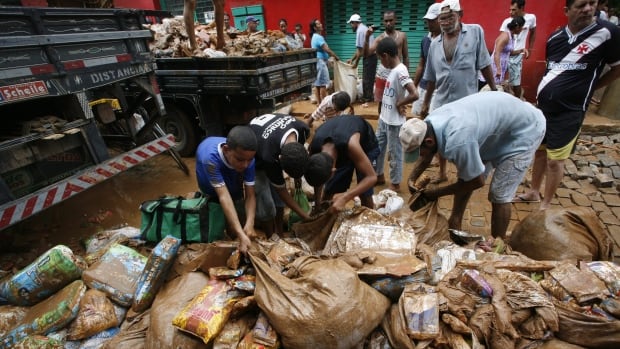 People collect discarded food drenched in mud and rain, outside a supermarket in the municipality of Itaguacu, Espirito Santo state, Brazil, on Dec. 25, 2013. (Vitor Jubino, A Gazeta/Associated Press)
Brazilian officials say floods and mudslides have killed 41 people and driven close to 70,000 from their homes in two southeastern states.

The civil defence department in the state of Minas Gerais says the floods and mudslides caused by more than 10 days of heavy downpours left 18 people dead and forced 9,420 to flee their homes.

In Espirito Santo state, officials place the death toll at 23 and say that more than 60,000 were forced to seek shelter in public buildings or the homes of friends and relatives.

Troops are helping distribute food, water and medicine in Espirito Santo and Army engineers have been called in to help…