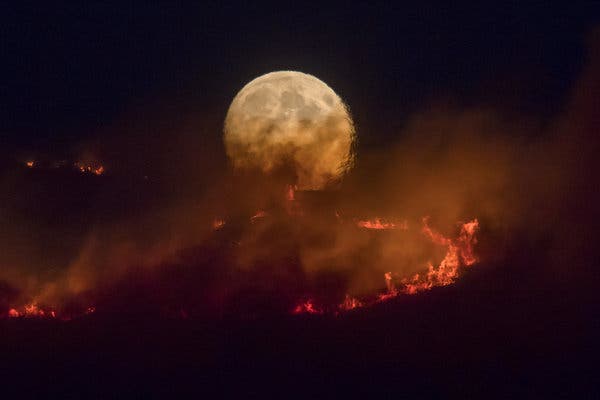 Wildfire swept across the moors near Manchester, England, on Tuesday. CreditAnthony Devlin/Getty Images

A wildfire raged for a fourth day through dry grassland to the east of Manchester in the north of England on Wednesday, as Britain sweated through one of its hottest and driest summers on record.

The blaze started on Sunday on Saddleworth Moor, an expanse of hills cloaked in purple heather that is popular with hikers and home to bird species including the endangered golden plover and curlew and the common red grouse. It has since spread over an area of seven square miles, and firefighters have requested help from the military.

“It’s dry as a tinderbox up there,” said Brenda Warrington, leader of Tameside Council at a news briefing in the early afternoon. “A lot of wind is fanning the flames.” She said the situation was very changeable because wind had risen again in the area since…