While civilian casualties rise as Putin continues his 12th day of military invasion in Ukraine, where men and women are fighting against the unprecedented aggression, street artists around the world are condemning Russia’s attack in their own way.

As artists, they have a voice to speak up and influence others, and a moral obligation to act against injustice. So they took their peaceful weapons to the streets and sprayed the walls with stunning, yet heartwrenching murals to support Ukraine.

The cities in Wales, Sweden, the US, England, Finland, Germany, Italy, France, Scotland, Lithuania, Indonesia, and many more countries have now turned into urban galleries that not only openly criticize and mock Putin, but send support to the people of Ukraine and give hope to the world in turmoil. Below are some of the most touching examples that, although silently, speak louder than bombs.

I Stand With You Ukraine. Painted In Northcote Lane, Off City Road In Cardiff Today 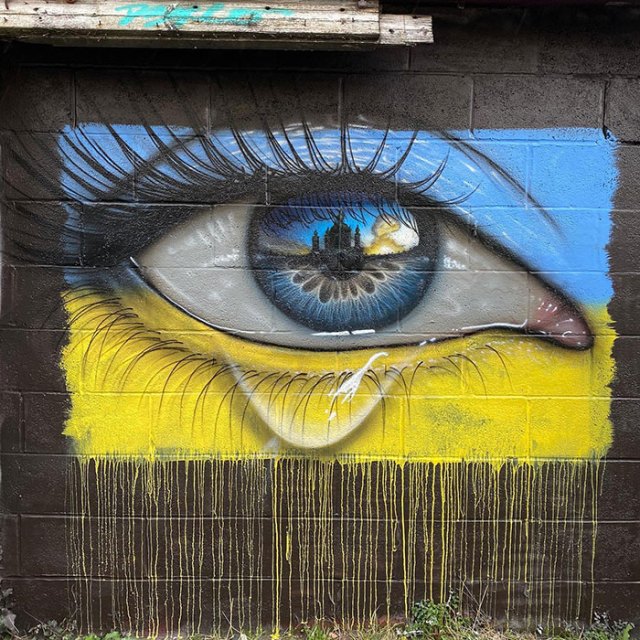 The bird, which has been emblazoned on a building facade in front of Frankfurt’s skyline since Monday, carries an olive branch in Ukraine’s national colors. ⁠
⁠
A sign against the war and for Ukraine. 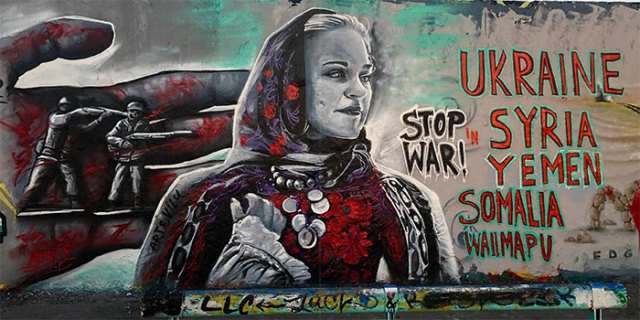 More: 50 Of The Most Powerful Street Art Pieces Made In Support For Ukraine All Around The World

Director of Manchester School of Samba at http://www.sambaman.org.uk
View all posts by agogo22 →
This entry was posted in Street Art and tagged Art, creatives, Street Art. Bookmark the permalink.