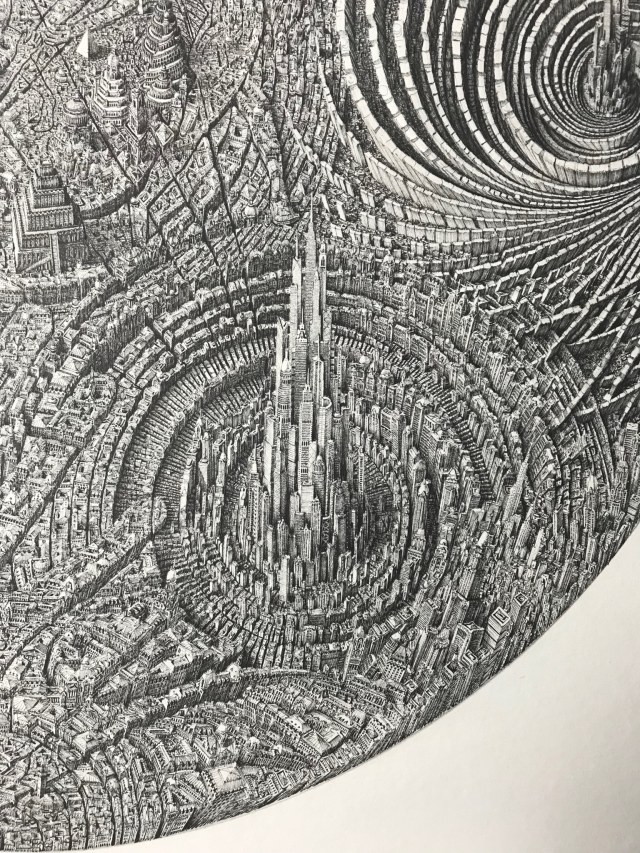 Using only a pen on paper, Benjamin Sack captures fantastical metropolises that are entire worlds in and of themselves.

Cities, both past and present, are creative muses for many artists. However, while most people depict small parts of their favorite capital, American artist Benjamin Sack draws the entire scope of urban centers.

Using only a pen on paper, Sack captures fantastical metropolises that are entire worlds in and of themselves. Some of these drawn cities, like Leitmotif, are contained by an invisible, circular wall. This negative space both limits the size of the cityscape and enhances the overwhelming complexity which exists within the borders—in which buildings and bridges eternally ripple through the streets. 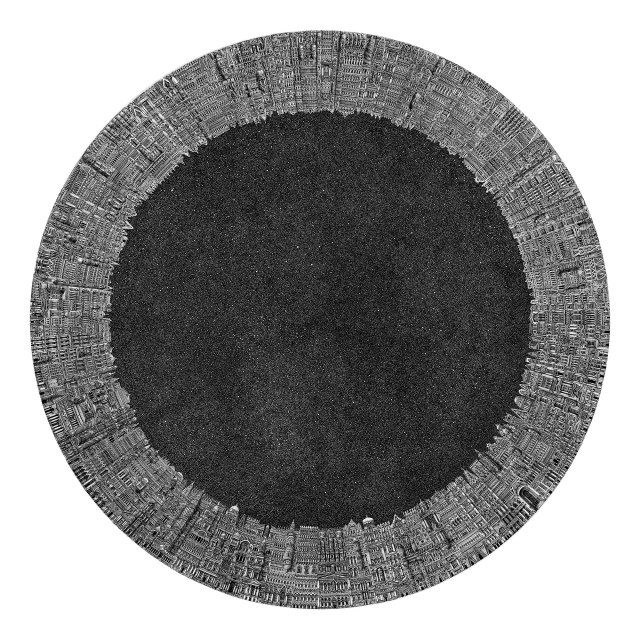 Other cities by Sack appear to be situated on the cusp of outer space. In BOXED-In (An Ode to Asteron), the urban planning extends beyond the horizon, creating a window into a dark and speckled sky. Similarly, Icon II depicts a ring of impressive classical buildings that are placed against the same shifting black and white backdrop of the universe.[…] 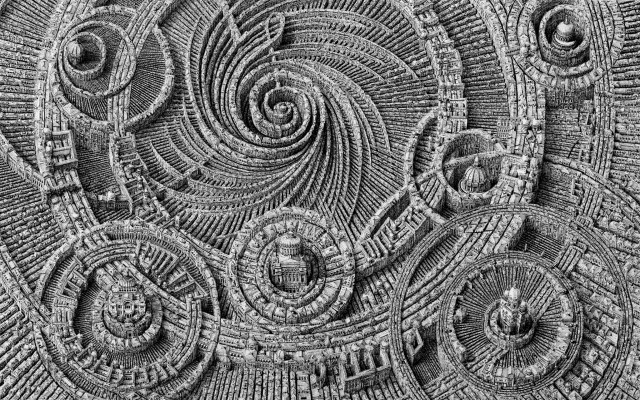 Director of Manchester School of Samba at http://www.sambaman.org.uk
View all posts by agogo22 →
This entry was posted in Art and tagged Art, creatives, design. Bookmark the permalink.