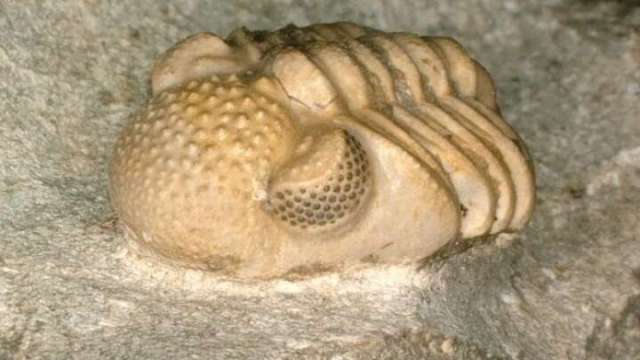 A fossilized trilobite dating back 390 million years has revealed some unnerving secrets about the large marine arthropods – they had eyes unlike any other animal ever discovered. What looked to be two distinct eyes, like scientists would expect, were actually large systems of hundreds of individual lenses that all formed their own mini-eyes. That is to say that these animals had hundreds and hundreds of eyes.

Behind each lens were a series of facets anchored by photoreceptors and a network of nerve cells, capturing the light from each before sending it down a central optical nerve to the brain, creating what can only be assumed as an entirely unique way of seeing the world. The research was published in the journal Scientific Reports.

To make the discovery, the researchers analyzed a series of X-ray photographs taken of the extremely well-preserved fossil back in the 1970s. The photos, taken by radiologist and amateur paleontologist Wilhelm Stürmer, demonstrated clear filaments under the eyes and proposed that these were nerves, as well as proposing that these specific trilobites had a series of sub facets (small areas of photoreceptors that make up a compound eye, such as the tiny hexagons you can see on a fly’s eye) beneath each eye that contributed to the overall structure. Scientists at the time rejected this interpretation. Now, 40 years later, modern technology allows scientists to realize Stürmer was right.

The fossil belongs to a trilobite suborder, called Phacopinae. While other trilobites have eyes comparable to a modern fly – hexagonal facets make up a large compound eye, and under each facet lies eight photoreceptors that capture light – this suborder takes a different approach. Each compound eye contains 200 lenses, spread apart much further than other examples of compound eyes, and under each lies six sub-facets.

“Each of these eyes consisted of about 200 lenses up to 1 mm [0.04 inches] in size,” said lead researcher and zoologist Dr Brigitte Schoenemann, in a statement.

“Under each of these lenses, in turn, at least 6 facets are set up, each of which together again makes up a small compound eye. So we have about 200 compound eyes (one under each lens) in one eye.” […]

More: Incredible Trilobite Fossil Reveals It Had Hundreds Of Eyes

Director of Manchester School of Samba at http://www.sambaman.org.uk
View all posts by agogo22 →
This entry was posted in Science and tagged comparison, history, science. Bookmark the permalink.