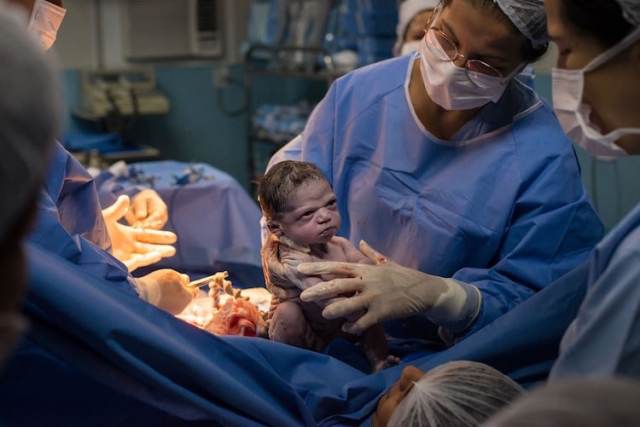 This baby is not impressed.

Giving birth is an incredible experience, but certainly isn’t easy. Both mother and child go through quite a bit before being united, and one baby in Brazil wasn’t amused by the process. As captured by professional photographer Rodrigo Kunstmann, baby Isa was not too happy after being birthed via a c-section. Her scowling face has now gone viral after the photo was shared by Kunstmann, becoming the internet’s new favorite meme.

Born on February 13, Isabela Pereira de Jesus’s debut to the world started with a pointed look at her doctor. Hilariously filled with attitude, her expressive face seems to be sending a clear message. Kunstmann, who has been working as a photographer for over a decade, admits that nothing could prepare him for how this photograph took off. The Brazilian photographer has since been interviewed by international media and Isa’s photo has been shared by thousands, including rapper Ice T.[…]

Director of Manchester School of Samba at http://www.sambaman.org.uk
View all posts by agogo22 →
This entry was posted in Photography and tagged Brazil, Life, photography. Bookmark the permalink.