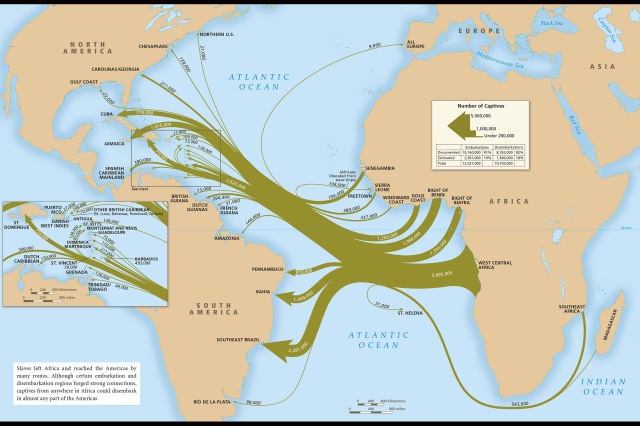 BEAUFORT, N.C. – Before deep-sea mining begins on the seafloor in international waters of the Atlantic Basin, a group of scholars is suggesting that a portion of the seabed be marked on maps and charts as a virtual memorial to the estimated 1.8 million Africans who lost their lives at sea during the trans-Atlantic slave trade and the 11 million who completed the voyage and were sold into slavery.

Director of Manchester School of Samba at http://www.sambaman.org.uk
View all posts by agogo22 →
This entry was posted in Black History and tagged Environment, history, infrastructure, science. Bookmark the permalink.