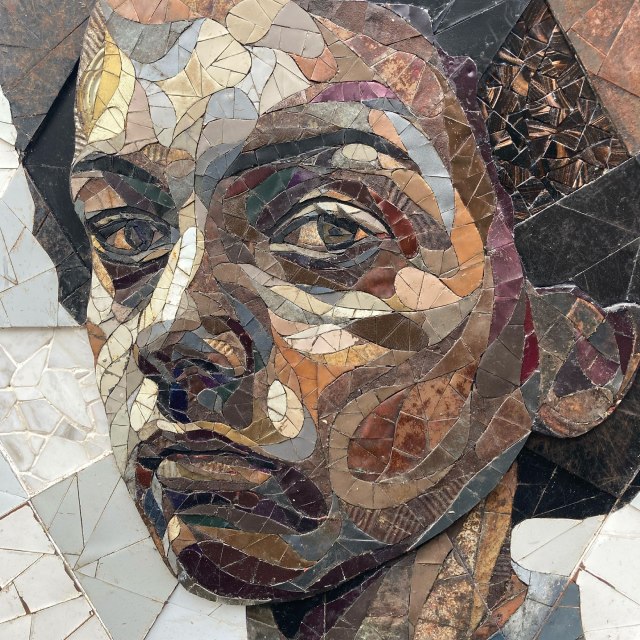 At the heart of Matt Small’s practice is the idea that “there’s always potential within everything.” The British artist gravitates toward an overarching theme of disregard in both subject matter and material, choosing oxidized hunks of iron, bits of patinaed copper, and crinkled aluminum strips that have been relegated to the trash to construct his metallic portraits.

Expressive and emotionally charged, the corroded mosaics link rampant overconsumption and widespread tendencies to throw away what’s deemed obsolete or undesirable to the ways adolescents are marginalized and subsequently not seen as viable members of society. “Because of the social backgrounds they come from, young people find themselves overlooked, disregarded, and left uninvested in,” the artist says. “Marrying the discarded item and painting a portrait of a young person on it or utilizing the material to construct a mosaic face, I hope that the viewer sees that everybody and everything has a right to be viewed as valuable and of worth. It’s just up to us to see that. 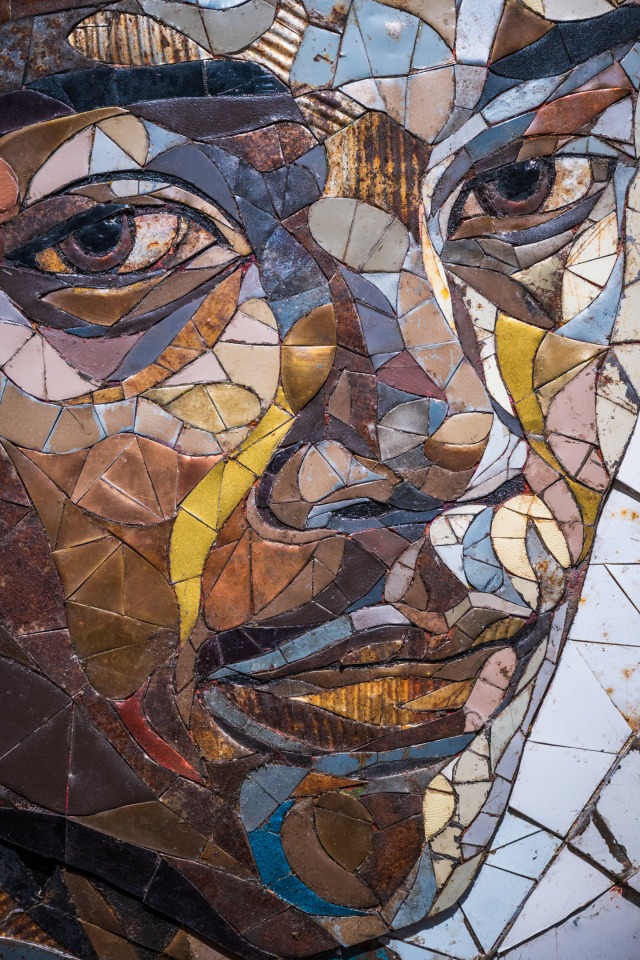 In a conversation with Colossal, Small references Marcel Duchamp’s urinal and the way that readymade sculpture upended long-standing notions of worth as a foundational concept he draws on his own practice. By turning debris and seemingly useless materials into works of significance, he hopes to prompt questions about the arbitrary values assigned to objects and people alike, explaining:

The scrap metal has worth because of what I did with it, not because I say it is of worth. The rusted tin can becomes a tone in the face. The shiny metal brings out a highlight on the forehead. All these worthless items have been incorporated into something that someone may now appreciate, and the potential of this scrap item can now be realized.

Small, who lives in his hometown of Camden, currently has work on view as part of Vanguard, which is considering the role of Bristol-area artists who’ve had an outsized impact on British street art since the 1980s.[…]

Director of Manchester School of Samba at http://www.sambaman.org.uk
View all posts by agogo22 →
This entry was posted in Art and tagged Art, creatives, design, sculpture. Bookmark the permalink.