Multidisciplinary artist Thierry Mandon casts himself as the subject of his satirical works as he reads in a bed hazardously suspended feet above the ground or sips a glass of wine at a halved dining table. The humorous and discomforting pieces, titled “Inside–Outside” and “Tableau vivant,” respectively, unveil a series of slow, solitary activities that, once outdoors, become a performative spectacle rather than a mundane moment. They speak to Mandon’s “search for harmony and for a stable unity between humans and their environment,” he says, as he literally slices and adheres domestic objects to a building’s facade.

“Each video portrays a character that, as a kind of archetype of the individual, is confronted by his human condition, his limits, his power, and helplessness,” Mandon writes to Colossal.[…] 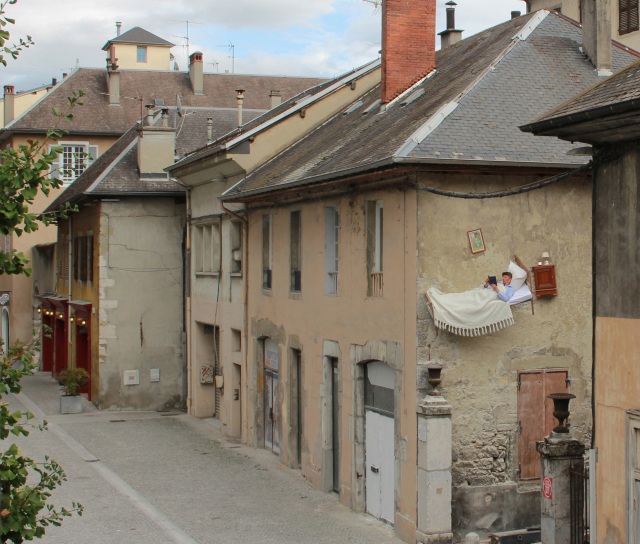 Director of Manchester School of Samba at http://www.sambaman.org.uk
View all posts by agogo22 →
This entry was posted in Art and tagged Art, creatives, Culture, Life. Bookmark the permalink.