Émile Bernard: The Colorful Art of a French Post-Impressionist | My Modern Met

Émile Bernard, “Self-Portrait with a Portrait of Gauguin,” 1888

How much do you know about Émile Bernard?

After the airy paintings of Impressionism came a bolder, multi-faced art movement called Post-Impressionism, which focused on color and painterly brush strokes. It is best remembered for the art of Vincent van Gogh and Paul Gauguin, who helped develop the style in the 1880s and 90s. However, working alongside these masters was a lesser-known painter who had a lasting effect on Gauguin and the Post-Impressionist style—Émile Bernard.

By the time he was 18, this French-born artist had developed an original aesthetic and possessed strong ideas about avant-garde painting. When Bernard encountered Toulouse-Lautrec, Gauguin, and then later, Van Gogh, he joined them in their creative pursuits by exchanging letters and works of art, and finding spaces to exhibit their paintings. During this time, he also helped found Cloisonnism and Synthetism, two major sub-styles of Post-Impressionism. But regardless of  his close connection with all of these major figures and movements, Bernard never achieved the same level of fame as his peers, and faded from the spotlight when he was in his 30s. 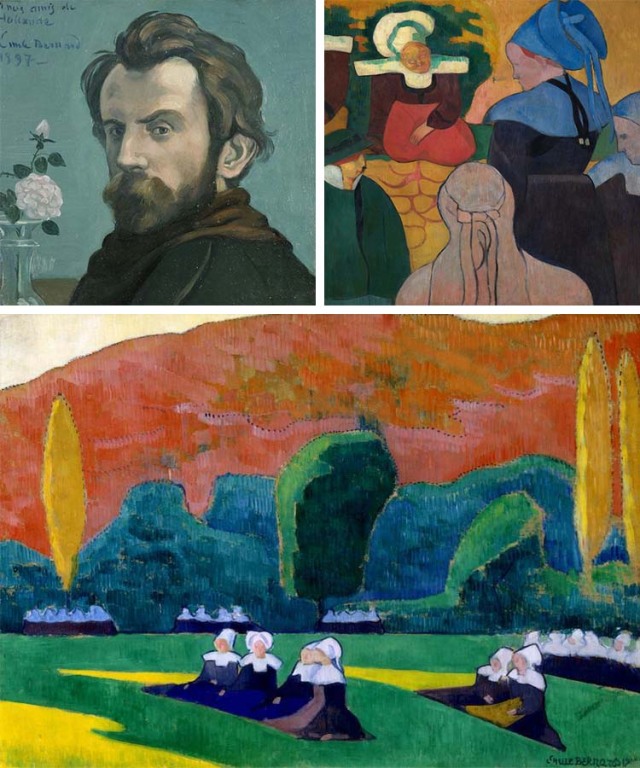 Here, we will take a look at Émile Bernard’s life and explore his colorful body of work.[…]

More: Émile Bernard: The Colorful Art of a French Post-Impressionist

Director of Manchester School of Samba at http://www.sambaman.org.uk
View all posts by agogo22 →
This entry was posted in Art and tagged Art, creatives, history, Life. Bookmark the permalink.