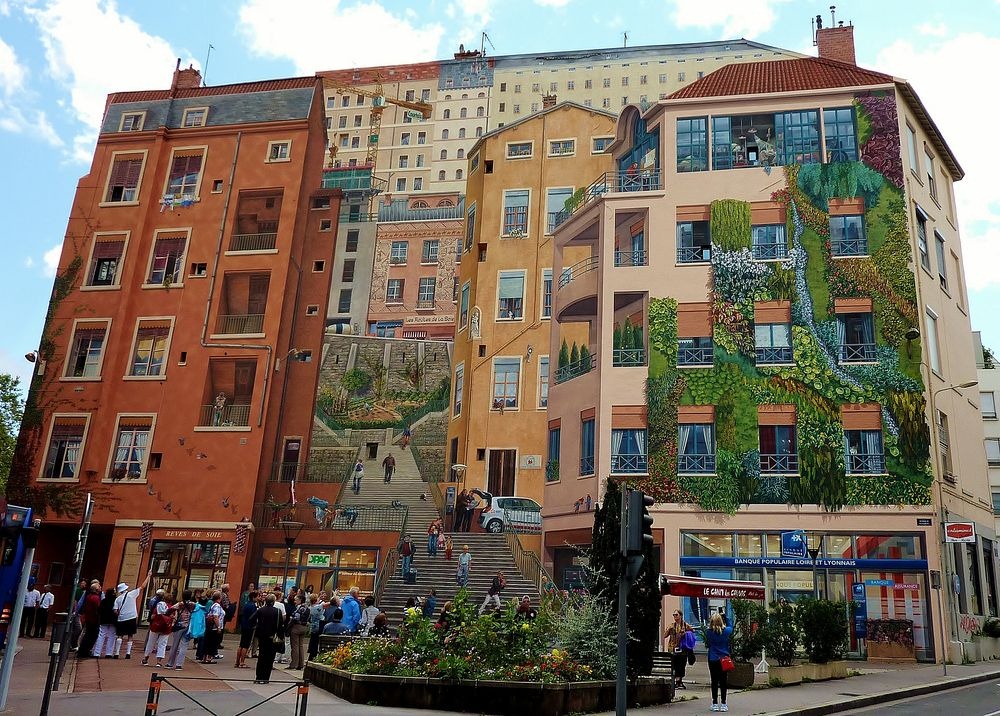 “Wall of the Canuts” in Lyon. Photo credit: thierry llansades/Flickr

For the last four decades a group of muralists in the French city of Lyon has been transforming the city into a massive outdoor art gallery. Huge murals painted in the trompe l’oeil style cover walls all over Lyon depicting historical events or famous people or mundane moments of everyday life. As of now, there are more than 150 murals across Lyon.

Lyon’s love affair with mural art started in the early 1970s, when a group of local students decided to bring art out of the confines of galleries and museums and into the streets and within reach of ordinary people. In 1978, CitéCréation, their student cooperative movement, was born. 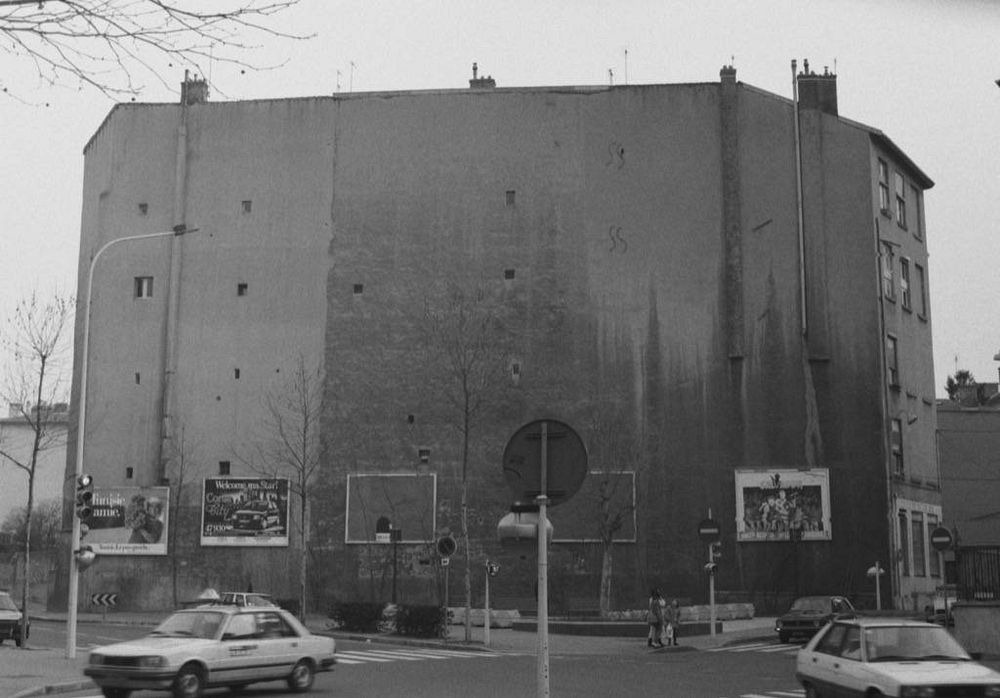 The Wall of the Canuts before the mural was painted. Photo credit: CitéCréation

When they started, according to CitéCréation’s Halim Bensaïd, an internationally acclaimed mural artist, Lyon was a fairly dark city. “It was known only for Paul Bocuse and the traffic congestion in the Fourvière tunnel. It was industrial, polluted and sad.” Fortunately for them, the new mayor at the time, Michel Noir, thought the same. Noir decided to brighten up the city launching various programs to clean up and rejuvenate the city’s public squares and historic buildings. His drive brought him into contact with the struggling muralists, who found themselves in the right place at the right time. 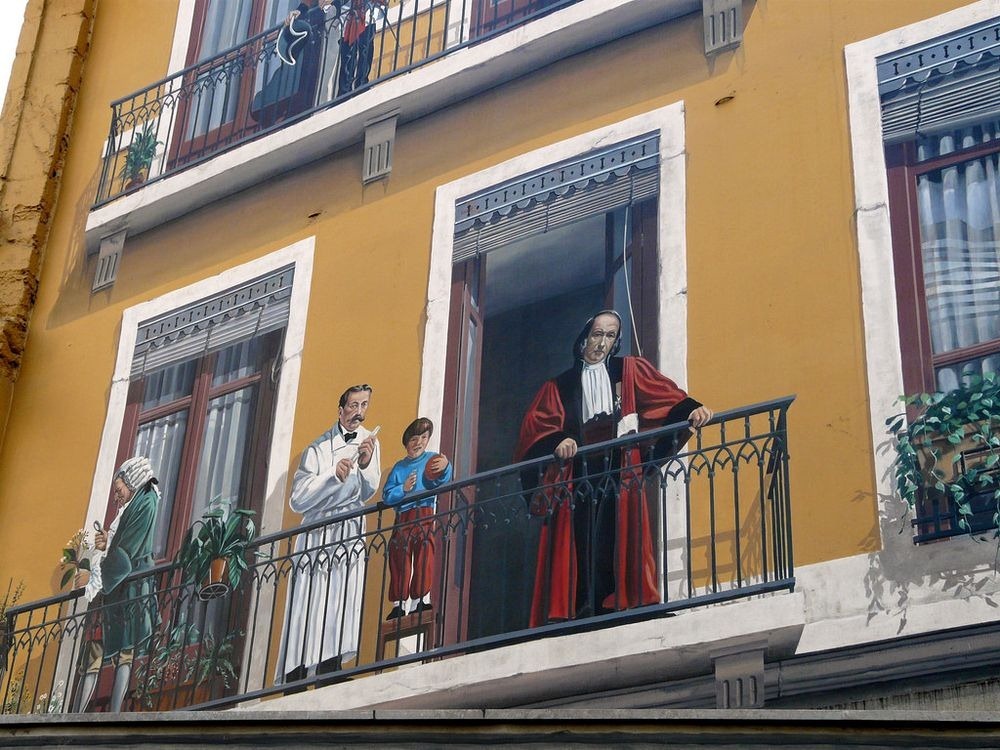 One of their best known projects is the nearly 13,000-square-foot Mur des Canuts, or Wall of the Canuts, in the hilly Croix-Rousse district. The trompe l’oeil mural depicts a large staircase marching up at the center of the painting towards some distant buildings. On the bottom one can see a few shops and a bank.[…]

Director of Manchester School of Samba at http://www.sambaman.org.uk
View all posts by agogo22 →
This entry was posted in Street Art and tagged Art, Culture, design. Bookmark the permalink.