If you’ve ever driven in Japan you may have come across an unfamiliar scene: a small shrine right in the middle of the road. Sometimes the road curves to one side to avoid the shrine and give it some space. Other times the shrine rests literally in the middle of the road, unbothered by the passing traffic as if the cars are just a blip in time. And sometimes they aren’t even formal shrines. Just a sacred rock or tree. […] 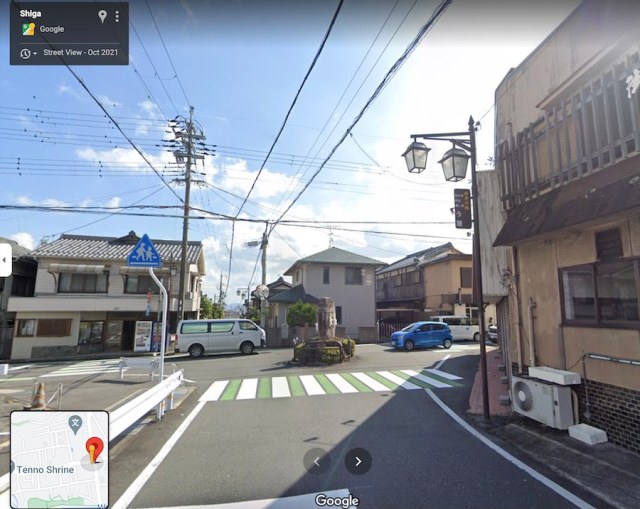 Along a mountainous road in Ibaraki prefecture sits this lone sacred sugi tree. For one reason or another, no one wants to go near it. (google map link)

Along the backstreets of Tokyo’s Shinjuku district, a lone sacred tree that nobody wanted to remove (google map link)

More: Exploring Japan’s Historical Landmarks and Shrines in the Middle of Streets

Director of Manchester School of Samba at http://www.sambaman.org.uk
View all posts by agogo22 →
This entry was posted in Religion and tagged construction, Culture, Japan. Bookmark the permalink.