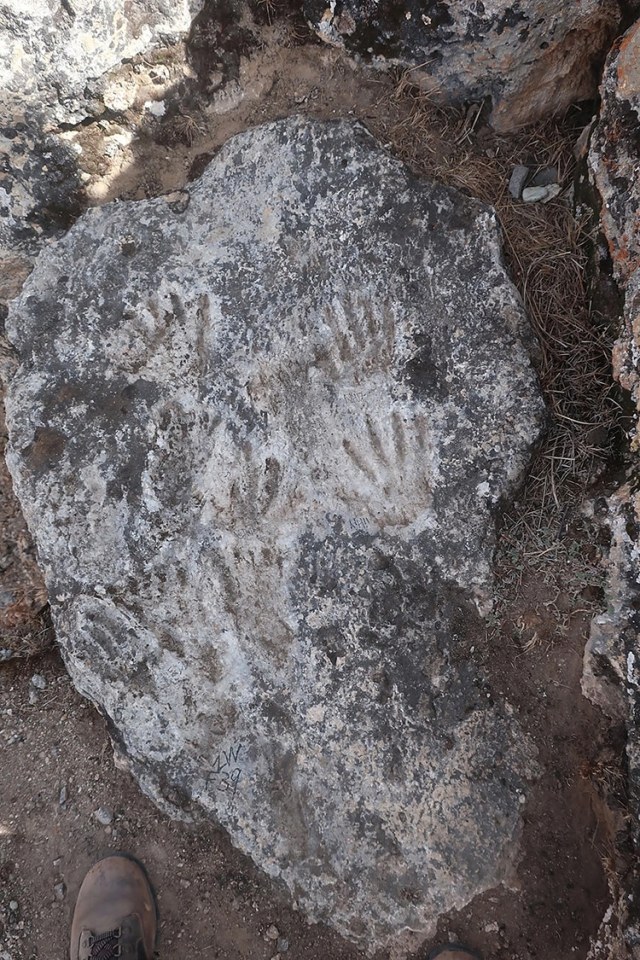 Today, children leave their handprints in cement but this is nothing new. It turns out kids have been leaving prints for millennia.

Modern sidewalks are scattered with etched initials and careful handprints left by children in newly poured cement, but it turns out children have been leaving their mark for centuries. Archeologists have found a shocking ancient analog in a slab of travertine marble near Quesang, Tibet. Publishing their findings in the journal Science Bulletin, the team announced the discovery of what may be the world’s oldest cave art—a series of seemingly deliberate handprints and footprints left by two young children around 200,000 years ago.

The find consists of 10 prehistoric prints—five footprints and five handprints. From the size of the prints, the team estimates they belong to a 7-year-old and a 12-year-old respectively. The prints were left by some members of the genus Homo. However, the children could have been Neanderthals, Homo sapiens (modern humans), or Denisovans (an early relative of humans found in Asia at the time). No matter their exact species, the children appear to have taken the time to press their hands into soft silt which eventually fossilized. 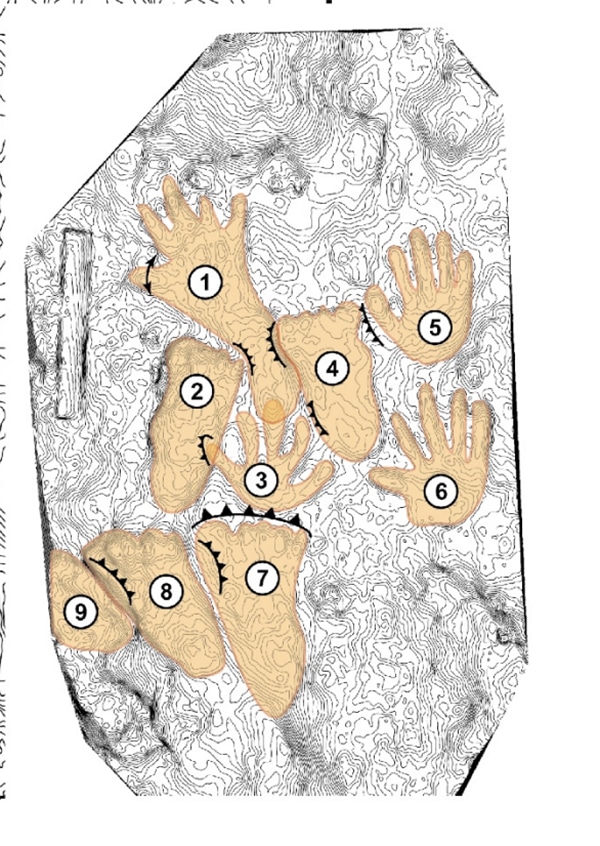 Are these prints the earliest example of cave art yet discovered? Maybe. The impressions date to between 169,000 and 226,000 years ago in the mid-Pleistocene period. This makes them three or four times older than the oldest known cave paintings. However, are the prints intentional aesthetic? Study co-author Thomas Urban believes their clear definition without slippage and their careful arrangement indicate intentionality. He said, “They’re clearly not accidentally placed.” […]

Director of Manchester School of Samba at http://www.sambaman.org.uk
View all posts by agogo22 →
This entry was posted in Art and tagged Art, Culture, history, Life. Bookmark the permalink.