These winning images give spectacular perspectives of the universe from all around the world. 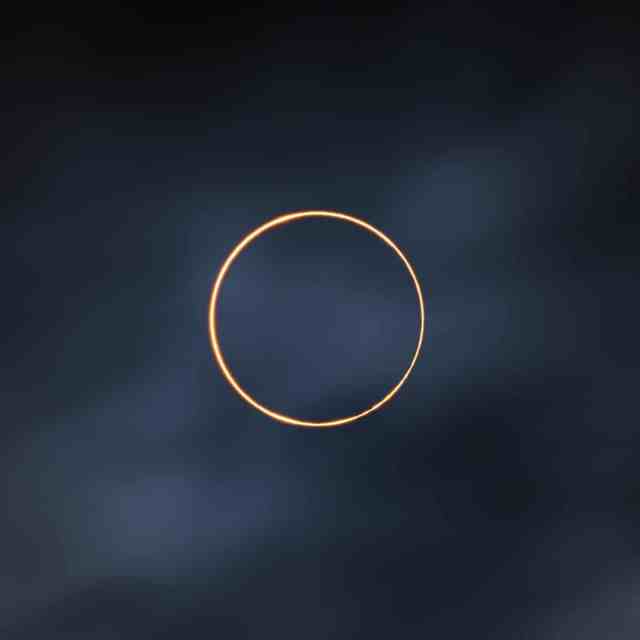 “The Golden Ring” by Shuchang Dong (China). Overall Winner, Winner – Our Sun.
On 21 June 2020, there was an annular solar eclipse and the photographer made sure not to miss it. He decided to go to Ali in Tibet to shoot it because it has year-round sunny weather. However, during the annular eclipse, there were dark clouds all over the sky. The anticipation was high but within a minute of the annular eclipse, the sunshine pierced through the clouds, and the photographer was lucky to capture that moment. Afterward, the Sun disappeared again.
Ali, Tibet, China, 21 June 2020

A photograph of the annular solar eclipse taken in Tibet has been awarded the top prize at the prestigious Royal Observatory Greenwich Astronomy Photographer of the Yearawards. Chinese photographer Shuchang Dong came away with the award in the 13th iteration of the contest, which celebrates the artistry of astrophotography.

“Powerful, dramatic, and profound in its simplicity,” said competition judge Jon Culshaw. “This image constantly draws the eye back to it, away from all others. Like an image millions of years from now when the Moon has moved far enough away from the Earth. Total solar eclipses shall be no more and only annulars will remain. The technical excellence of this shot, as well as its stark beauty, impressed the astrophotographers amongst the judges.”

“Polar Lights Dance” by Dmitrii Rybalka (Russia). Winner – Aurorae.
As Third Officer, the photographer was keeping watch that night on the bridge of the ship when he noticed in the sky a tiny white band approaching like a snake. He had a feeling that there was something in the air, that something great would happen, and instantly knew that this was what he was waiting for. He took his camera, went to the bridge wing, took position, and started waiting. A few minutes later, the sky was full of bright green lights dancing in darkness and shining over everything on their way. The photographer felt that it was his mission to share this beauty with the world.
Approach to the Kara Strait, Russia. 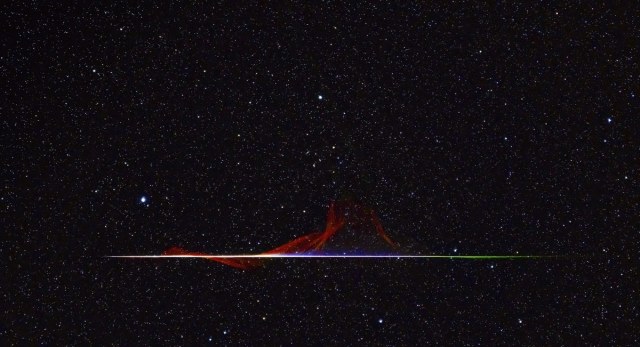 “A Colorful Quadrantid Meteor” by Frank Kuszaj (USA). Winner – Planets, Comets, and Asteroids.
The photographer was shooting with two other friends on that cold January evening. They weren’t planning to capture meteors but distant galaxies and nebulas. After setting up the camera to shoot the Leo Triplet galaxies, the photographer and his friends saw a bright green meteor burning right before their eyes as it tore through Earth’s atmosphere. They were all in awe of witnessing a fireball meteor. After they caught their breath, one of the friends mentioned that the photographer’s camera was pointing in the comet’s direction, but the photographer thought there was no way he could have caught it as he had zoomed all the way in. Once he checked his camera there it was – perfectly framed. The photographer had made a mistake and the lens wasn’t zoomed in, making the perfect composition for the meteor. This incredible image was a happy accident.
Cook Station, Missouri, USA, 19 January 2021

More: Dazzling Winners of the Astronomy Photographer of the Year Contest

Director of Manchester School of Samba at http://www.sambaman.org.uk
View all posts by agogo22 →
This entry was posted in Photography and tagged Art, Environment, nature, photography. Bookmark the permalink.