From a mosque that breathes to innovative bamboo houses, Marina Tabassum has won the prestigious Soane medal for her humanitarian buildings 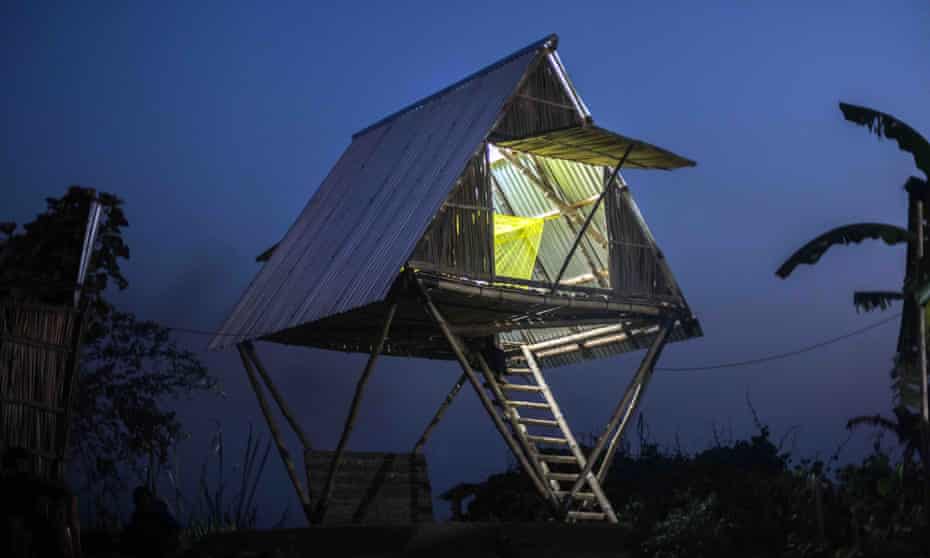 For the people of coastal Bangladesh, the monsoon can bring untold torment – and, occasionally, unexpected joy. Every year from June to October, in the Ganges delta region where the country’s three major rivers converge, the waterways swell and riverbanks burst, causing catastrophic flooding. The torrential rainfall is joined by heavy glacial runoff from the Himalayas, exacerbated in recent years by global heating. Homes and livelihoods are lost overnight. But the meltwater also brings cascades of sediment that, a few months later, leave unpredictable gifts – new strips of land, known as “chars”, rising from the riverbed.

“You can’t really call it land,” says Marina Tabassum, who has been awarded the Soane medal, the first architect from the global south to win the prestigious gong. “It is wetness. It belongs to the river. But for the landless, the chars offer some years of relief. They provide a place to fish, cultivate and settle with their families.”

Tabassum turned her attentions to the delta region last year when the pandemic struck and work in her Dhaka office, MTA, slowed down. It gave her time to pause and reflect, and reassess where the skills of an architect can make the most difference. The national lockdown had caused many to lose their jobs, increasing homelessness in the region, with countless delta-dwellers forced to live under makeshift tarpaulin shelters.

“As architects we have a responsibility to these people,” she says. “The construction industry contributes half of all global emissions, but the people being affected by sea-level rise in the coastal areas have zero carbon footprint.”

Coming hot on the heels of the compromised deal agreed at last week’s Cop26 climate summit, her lecture, to be given at Sir John Soane’s Museum on Tuesday evening and streamed online, couldn’t be more timely. Hers is a model of light-footed practice, in tune with what she calls “the wisdom of the land”. It is an approach that prioritises local skills and materials over technocratic solutions, working in harmony with natural cycles and using indigenous knowledge to intervene with minimal means, without “the roaring noise of architecture”.

Last year, Tabassum and her team used the pandemic lull to develop a low-cost modular house kit for the landless char dwellers. They had previously researched the region’s popular flat-pack homes, which are designed to be dismantled and moved when needed, but the cost of £1,500, along with their requirement for carpenters, puts them out of reach of many. MTA designed a simple space-frame system using lengths of readily available bamboo, connected with steel joints, that could house a family of four for £300, and be built by residents themselves. The Khudi Bari (Tiny House) comprises a pitched-roof upper level sleeping platform above a ground floor of compacted earth, with the structure clad in panels of woven grass, or whatever local materials are to hand. Four families have been rehoused so far in Char Hijla, southern-central Bangladesh, to test how the design works, with 100 more homes on the way.

Born in Dhaka in 1969, the third generation of a Bengali immigrant family, Tabassum grew up in a war-ravaged, fledgling nation, witnessing famine, death and destruction as a child. Her father was the only doctor in their neighbourhood, and he would spend each morning attending to a long queue of patients from the neighbouring slum before setting off to work – instilling a sense of social duty that she brings to her own practice.

She graduated from architecture school in 1995 by which time, she says, “the affliction of consumer architecture had already infested Dhaka”. […]

Director of Manchester School of Samba at http://www.sambaman.org.uk
View all posts by agogo22 →
This entry was posted in Architecture and tagged construction, design, Environment, technology. Bookmark the permalink.

1 Response to A £300 monsoon-busting home: the Bangladeshi architect fighting extreme weather | The Guardian