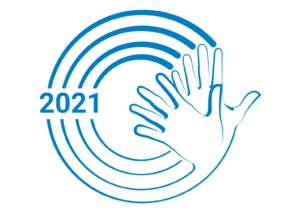 The International Day of Sign Languages is an unique opportunity to support and protect the linguistic identity and cultural diversity of all deaf people and other sign language users. The 2021 theme, declared by the World Federation of the Deaf, is “We Sign For Human Rights,” highlighting how each of us – deaf and hearing people around the world – can work together hand in hand to promote the recognition of our right to use sign languages in all areas of life.

According to the World Federation of the Deaf, there are more than 70 million deaf people worldwide. More than 80% of them live in developing countries. Collectively, they use more than 300 different sign languages.

The UN General Assembly has proclaimed 23 September as the International Day of Sign Languages in order to raise awareness of the importance of sign language in the full realization of the human rights of people who are deaf.

The resolution establishing the day acknowledges that early access to sign language and services in sign language, including quality education available in sign language, is vital to the growth and development of the deaf individual and critical to the achievement of the internationally agreed development goals. It recognizes the importance of preserving sign languages as part of linguistic and cultural diversity. It also emphasizes the principle of “nothing about us without us” in terms of working with deaf communities. […]

Director of Manchester School of Samba at http://www.sambaman.org.uk
View all posts by agogo22 →
This entry was posted in Language and tagged Culture, design, Life, rhythm. Bookmark the permalink.