Animals can be detected from DNA in the air | BBC Newsround 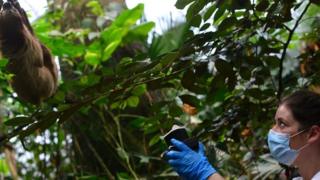 Researchers have found that by testing the air they can work out which animals have been in an area.

Scientists analysed environmental DNA (eDNA) and found that the animals give off genetic material through their breath, saliva, fur or poo and that can tell them which animals have been around.

This technique could mean that animal populations can be monitored without needing cameras or humans to observe them, saving time and making it much easier to study animals in hard to reach places. 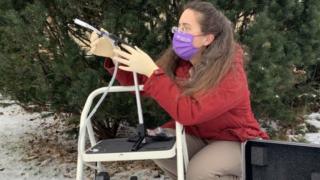 The findings were discovered by two groups of researchers, one in Denmark and the other in the UK and Canada.

The scientists collected air samples from Hamerton Zoo Park in the UK, and Copenhagen Zoo, Denmark.

Both research groups detected the presence of lots of different animal species within the zoo, but surprisingly both teams also found species from areas around the zoo.

The Eurasian hedgehog, which is endangered in the UK, was detected from outside of Hamerton Zoo and the water vole and red squirrel were detected around the Copenhagen Zoo.

“We were able to identify DNA from 25 different species of animals, such as tigers, lemurs and dingoes, 17 of which were known zoo species.

“We were even able to collect eDNA from animals that were hundreds of metres away from where we were testing without a significant drop in the concentration, and even from outside sealed buildings,” says Assistant Professor Elizabeth Clare from York University, Canada.[…]

Director of Manchester School of Samba at http://www.sambaman.org.uk
View all posts by agogo22 →
This entry was posted in Science and tagged design, Environment, nature, Technology. Bookmark the permalink.